We had a fab time at Kyra’s Wizard of Oz themed party this Sunday in Maidenhead, Berkshire.

Our children’s party entertainer Jaime (playing the role of Dorothy)  was thrilled to receive a wonderfully drawn card from Kyra! 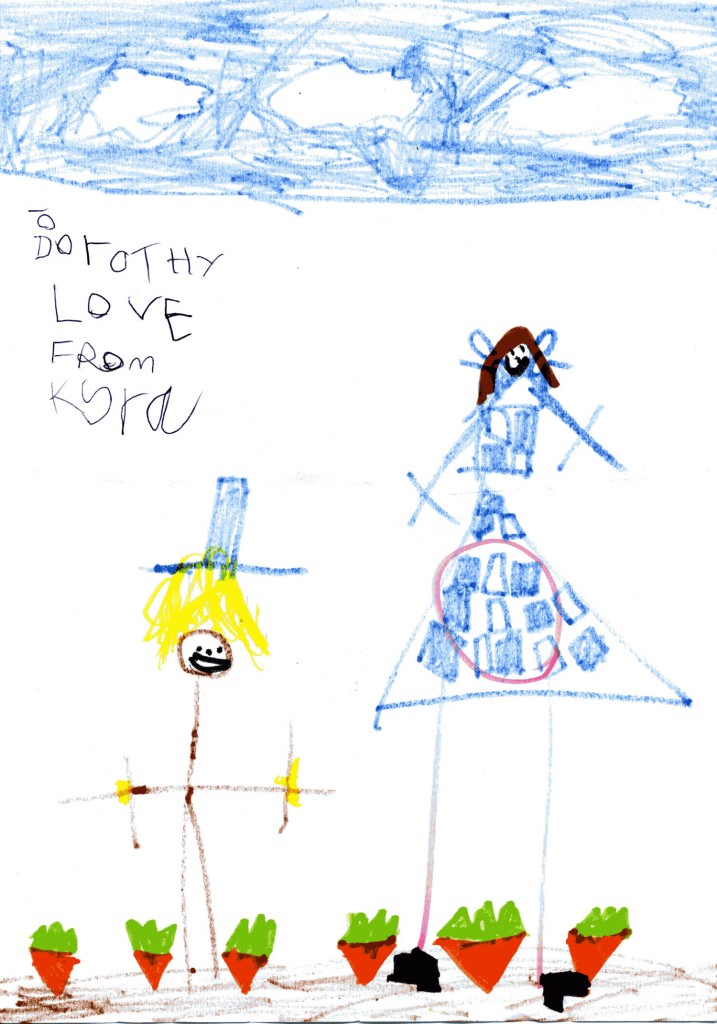 The children’s party was lots of fun! During our magic show, the children helped Dorothy to make Scarecrow a rainbow scarf which appeared out of the witches empty hat! Cowardly Lion was very pleased when Kyra’s drawing of Tin Man came to life!

There was an amazing Wizard of Oz birthday cake. After much singing and cheering, it was time for the disco party! With the disco in full swing we had lots of fun doing crazy action dances and playing lots of games. We filled the room full of strawberry magic mist and bubbles for the last dance.

After the party we received this lovely message from Tania, Kyra’s mum…..

Thank you so much for a fantastic time at Kyra’s party. You truly were the best entertainers I have ever used.  All the parents commented on how fantastic you both were as Dorothy and Scarecrow.

All the children were captured with your magic, bubbles, tattoos, facepaint and of course the tinman and the lion.

We do lots of other themed party entertainment!…Princess Party, Pirate Party, Toy Story Party, Fairy Party and lots more! Our Childrens party entertainers in Surrey, Hampshire and Berkshire are waiting to make your little ones birthday party THE BEST they’ve ever had!! All our birthday parties include: face painting, balloon modelling, disco, magic show, party games and two party enterainers in costume.

← We were in Woking Surrey today for Tamsin, Katy and Amelia’s birthdays!
Princess and Pirate Childrens Entertainers →